Passionate dog lovers the world over are the driving force behind a new and increasingly popular trend. They’re forcing us to re-examine the way we feed our canine friends. This trend is called plant-based dog food. And if you haven’t heard much about it until now, you’re most certainly going to hear a whole lot more about it in the future!

The thought of plant-based dog food is something I was once rather sceptical of. But I’ve had a change of heart as evidence increases that we may all need to change our dietary ways to some degree. Especially if we have any hope of surviving much further into this millennium let alone the next.

This trend is being driven by the dietary and lifestyle preferences of pet parents everywhere. It’s being led by those concerned about the world’s diminishing resources. People troubled about the future of the planet and the greenhouse gas emissions caused by traditional food production. Many of them are vegetarian or vegan themselves. Distressed at the thought of raising animals purely for food. Now they’re demanding healthier, more wholesome food options for their dogs. And who can blame them when pet food recalls are on the increase and once rare canine illnesses have become commonplace. To say nothing of the fact that our beloved dogs are living shorter lives than ever before!

Those driving this trend are also concerned about the alarming increase in canine cancer and other debilitating canine diseases. Many of which by the way have been associated with the poor quality ingredients in commercial dog food.

Plant-based dog food ingredients carry fewer toxins, and their health benefits have been proven time and time again. Far from their dogs suffering with the lack of meat-based protein, many people who feed their dogs plant-based food actually notice overall an improvement in the health of their dogs. And an increase in their vitality.

Dogs are omnivores, so why not?

Like human beings, dogs are omnivores. That’s to say, our digestive systems are designed to process and benefit from both animal and plant-based material. Dogs may have started out as carnivores, (although they have always eaten some plant material), but that was 15,000 years ago. After sharing their lives with man for all these millennia,

A step-by-step feeding guide for anyone wishing to feed their dog a nutritionally-complete, plant-based homemade diet.

their digestive systems have adapted considerably. And just as human beings have proven that it’s perfectly possible to survive and thrive on a vegan or vegetarian diet, providing we make allowances for our dog’s essential need for calcium, it seems perfectly feasible that our companion animals are capable of doing the same.

According to Guinness World Records, (formerly known as The Guinness Book of Records), a Border Collie from Somerset named Bramble who passed away in 2003 lived to the ripe old age of 27 years 211 days, some twelve years longer than the norm. At the time the longest-lived female dog, remarkably, Bramble, like her owner, ate an exclusively vegetarian diet. So the subject of feeding our dogs more or less exclusively on plant-based food is something we really cannot ignore.

Yes, I personally still use meat-based protein in the food I cook for my two dogs. Because I’m a great believer in variety, they also get plenty of plant-based proteins as well. Lentils, chickpeas and various other legumes including black eyes beans, black turtle beans, kidney beans, haricot beans and pinto beans.

But fruit and vegetables still comprise 30% of their diet. And the really great thing about that is that much of it my wife grows in the allotment area of our garden. We cooked for our dogs this morning. It included freshly grown and picked Swiss chard, turnip greens and parsnips from our garden. These went together with shop-bought sweet potatoes, carrots, green beans, celery and white cabbage. In addition to being extremely nutritious for them, our dogs absolutely love their fruit and veg!

In order to meet the growing demand created by this plant-based dog food revolution, a number of brands have recently appeared on the market offering both vegan and vegetarian plant-based commercial dog food.

This might be welcome to many vegans and vegetarians. But the fact remains that by its very nature, dried dog food, whether it be meat or plant-based, is inherently unhealthy. It’s nowhere near as nutritious as homemade food no matter what their marketing hype tells you. Its ingredients may have started out closer to real food than the ingredients in conventional dog food. But that’s before they entered the processing plant. Thereafter, the process and the end result is the same. Nutritionally compromised, artificial food sprayed with synthetic vitamins and minerals to fool consumers into purchasing it thinking it’s proper food. And of course fooling our beloved dogs into eating it which seems almost worse to me!

Why not make your own plant-based dog food?

If you really love your dog and you really want he or she to thrive on plant-based food, and most especially if your aim is to try and save the planet into the bargain, don’t be fooled. Dog biscuit is dog biscuit. Kibble is kibble. If you truly want to make a difference to both your dog and to the planet, my guide will show you how to feed your dog a healthy, plant-based diet.

Nothing beats homemade dog food. And it’s the best way of knowing exactly what you’re feeding your dog. So if you really want to feed your dog plant-based dog food, make your own. And be absolutely certain your dog is doing his or her bit to save the planet! 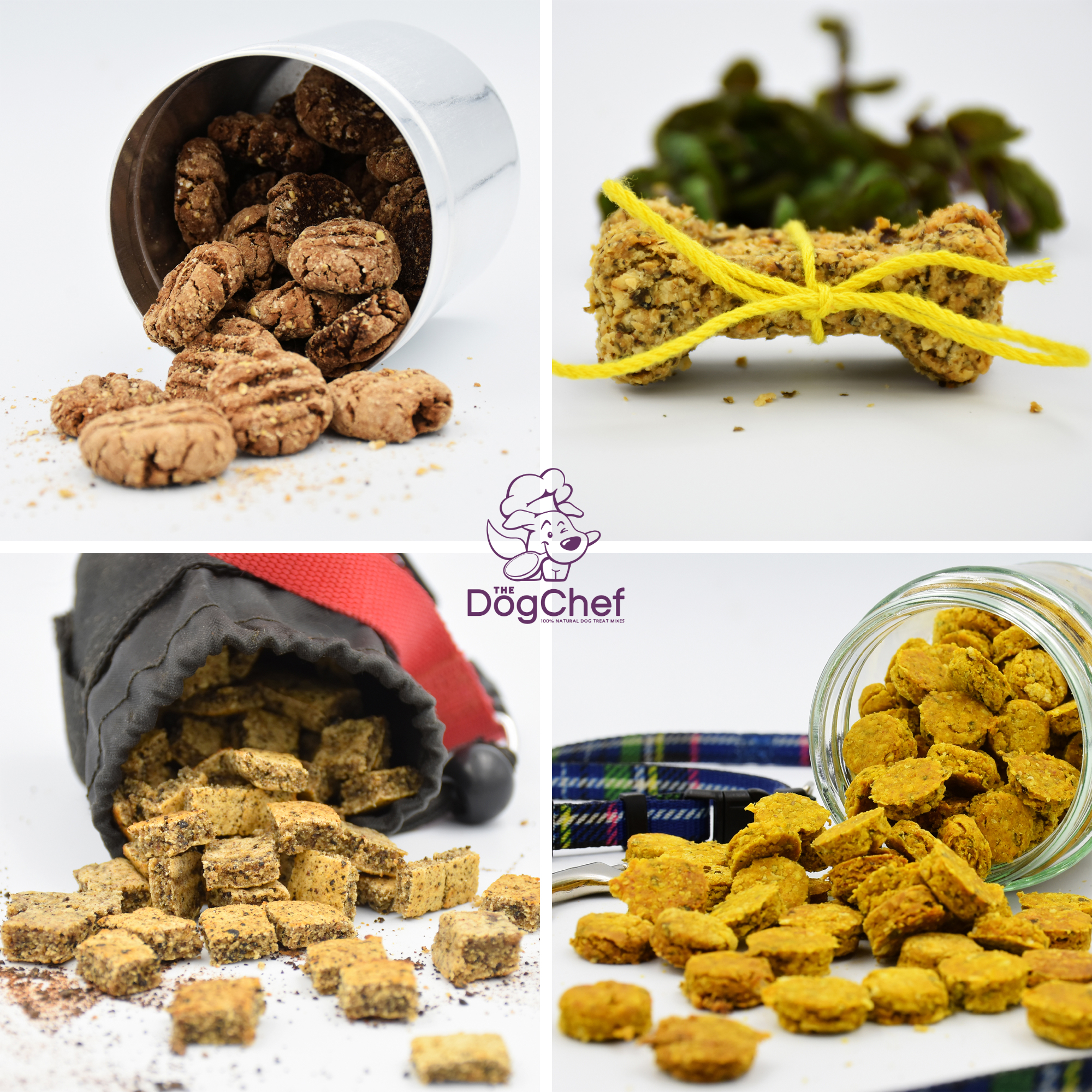 Made with 100% natural & healthy dog-safe ingredients, Bake & Treat dog treat mixes give you total control over your dog's treats.

Approved by The Canine Nutritionist, dog treats so healthy, you can eat them too!