The definition of what is and what is not a ‘Senior’ dog varies from breed to breed.

Generally speaking, a dog is considered to be a senior when he or she is in the final third of what would statistically be the normal life expectancy for that particular breed.

Of course dogs don’t know that. That’s why we see many, many dogs in their later years still displaying the energy of 12-month old puppies. They might be in need of a senior dog feeding guide, they just don’t know it!

As a dog ages, its metabolic rate slows down. That’s something that happens to all of us. A senior dog is generally less active. For reasons discussed below, senior dogs have a tendency to gain weight. Their digestive systems may also slow down, and their bodies lose the ability to repair themselves as they did when they were younger. Once again, something that happens to us all in time.

Because a senior dog is generally less active, there’s a tendency for weight gain unless the calorific intake is reduced accordingly.

This tendency has nothing to do with age, per se. It has to do with the fact that if a senior dog continues to be fed the same quantity of food as when he or she was younger and more active, weight gain is a natural consequence. Much as it is with we humans!

Importantly here, it’s an established fact that well exercised senior dogs stay fitter and live longer as a result of being well exercised both physically and mentally.

Some dogs may also have the tendency to lose interest in food, but you don’t need to worry about that if you make homemade food for your dog. A fit and healthy dog never turns its nose up at a good home cooked meal no matter how old he or she is! 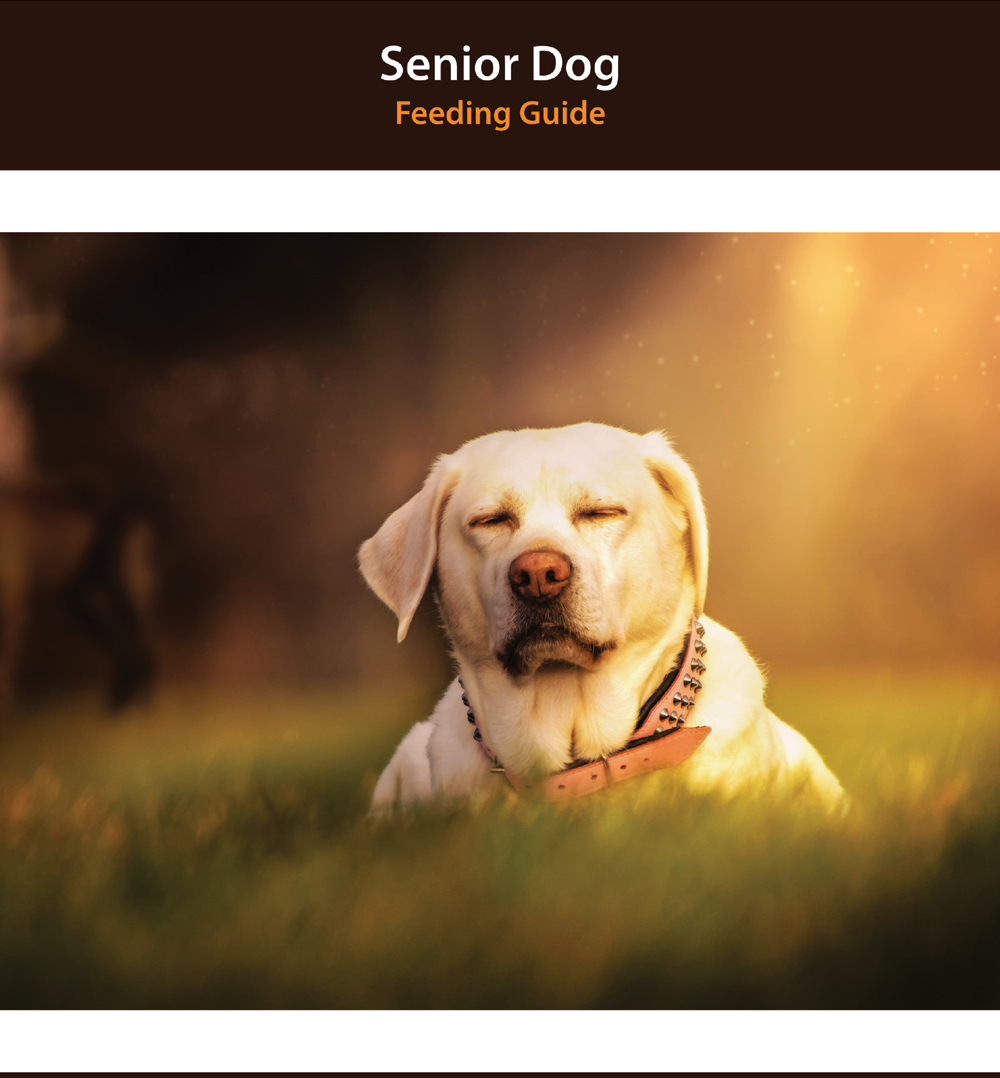 The most important change which needs to be considered as our dogs reach their senior years is a reduction in calories to match their decreased activity levels. If we don’t reduce the size of their meals, they’re likely to gain weight. This in turn increases their chances of suffering the likes of heart issues and diabetes. To say nothing of the negative effect on dogs who suffer from arthritis in their later years. Extra weight means extra strain on already potentially damaged joints.

That having been said, if your senior dog doesn’t gain weight but actually starts to lose it, then as someone who makes homemade dog food you’re in the perfect position to adjust your dog’s food accordingly.

But healthy dogs on a homemade diet do not generally lose interest in food as do dogs fed on a diet of kibble. So that should not be an issue for you. At best, you might need to warm his or her home cooked food a little to make it more appealing.

Of all the changes we need to make as our dogs age, a reduction in the amount we feed them commensurate with their reduced activity is the most important. If they go into their later years carrying too much weight, because they exercise less it will be harder for them to lose it. And allowing our dogs to put on weight is the most unkind thing we can do for them. We decrease their quality of life as well as reducing their life expectancy.
And that’s a fact!

To combat the effects of arthritis, chondroitin and glucosamine supplementation is an excellent idea. And nothing beats good old fashioned, completely natural, homemade Chicken Bone Broth in that regard. It’s something I feed each of my dogs every single day.

If your senior dog shows no signs of aging, shows no tendency to put on weight, continues to enjoy his or her food and to eat well, shows no signs of constipation due to a more sluggish digestive system, continues to exercise and play happily, then guess what? You continue to feed as you always have done because you’re clearly getting something very right. And he or she is clearly not yet ready for a senior dog feeding guide.

You just start to add some extra probiotics to his or her food in terms of the occasional spoon of natural yogurt, and if you haven’t already started, you DEFINITELY start buying or making homemade Chicken Bone Broth. It’s something I consider the superfood for dogs that time forgot. And continue giving regular fish oil for those beneficial Omega-3s.

And I know I keep going on about it, but please, please watch that weight!